Award of the City of Freising

This award has already several times been conferred to students, who prepared their final thesis at the Institute of Forest Management with Prof. Knoke. The laureates for the awarded theses are in detail:

the laureates 2010 - third from the right Susanne Neuner 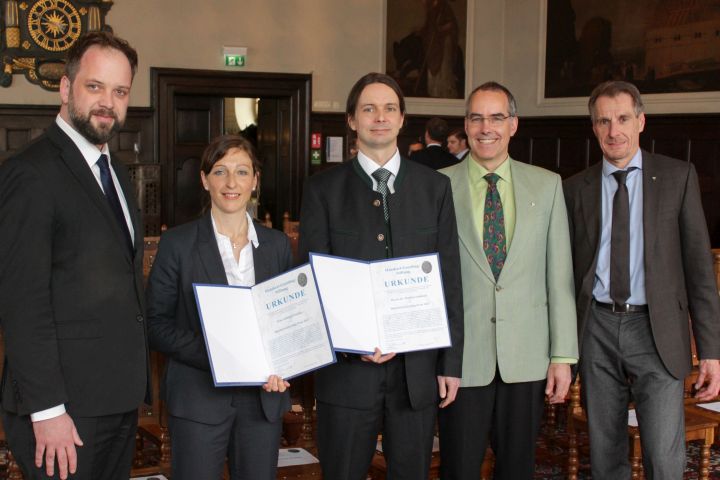 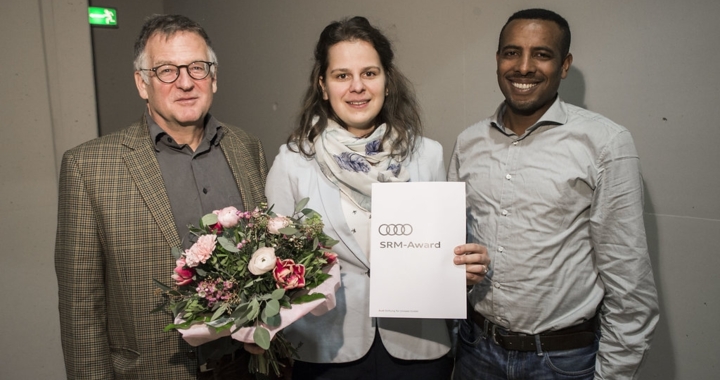 In the middle: Daniela Angelova

The Audi Envionmental Foundation supports outstanding achievements in the area of sustainable resource management with the Audi SRM Award. Graduates of the Master's program Sustainable Resource Management, who contribute with their master's thesis to sustainable interactions between humans, nature and technology, are awarded with this prize. The SRM award was given 2011 for the first time.

Second from the right Fabian Härtl

This is the Sponsorship-Award of the Albert-Ludwigs-University Freiburg. It was repeatedly awarded to students who prepared their final thesis at the Institute of Forest Management with Prof. Knoke. The laureates for the awarded theses are detailed below:

Stills of our previous Awardees 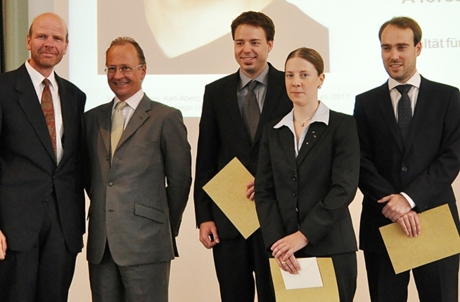 Second from the right Susanne Neuner 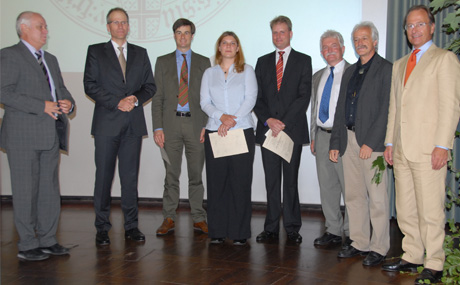 Third from the left Emmanuel Steinbeis 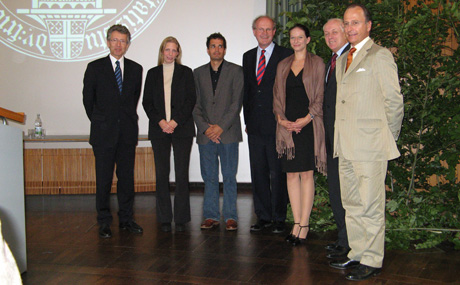 in the centre: Fabian Härtl, at his right Johannes B. Ortner - photo: Andreas Heddergott, TUM

The Johannes B. Ortner-Stiftung was founded in 2005. The foundation supports research projects of young scientists from the fields of natural sciences and technology. Johannes B. Ortner is a honorary senator and a generous supporter of "his TUM". By honoring outstanding contributions of young scientists to the fields of natural sciences and technology, the foundation aims to establish a tradition to acknowledge scientific success stories. 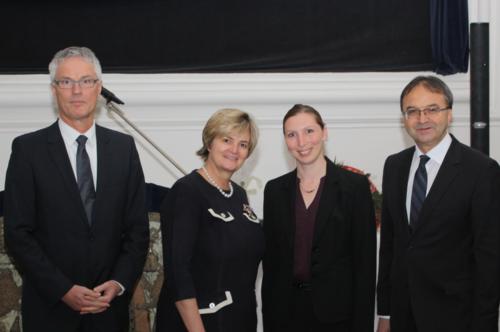 The award „Thurn und Taxis Förderpreis für die Forstwissenschaft“, that is endowed with a €6.000 price money, is annually been given to outstanding young researchers since 1978. In 2014 the foundation board under the attendance of Fürstin Gloria von Thurn und Taxis awarded Ms. Dr. Carola Paul of the Institute of Forest Management TUM for her outstanding doctoral thesis

Research Award of the National Secretary for Science, Technology and Innovation of Ecuador 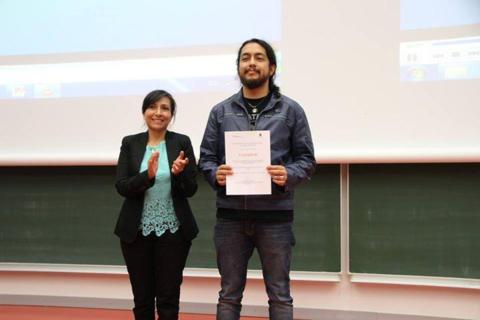 During the III. Meeting of Ecuadorian Students in Europe of SENESCYT (National Secretariat for Science Technology and Innovation) held in Berlin, Santiago Ochoa was awarded in the area of economic and social sciences.

Since 2007 E.ON assigns in cooperation with the TU München the E.ON Future Award. This new scientific award will hand on outstanding dissertations and thesis which deal with topics like future, energy, technique or innovation. 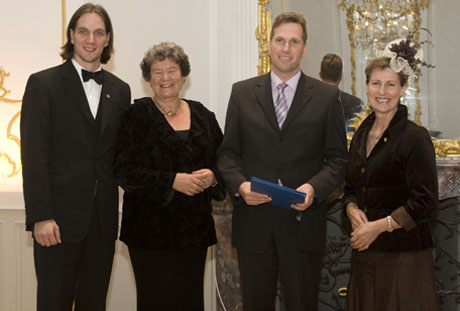 The Lennart-Bernadotte-Foundation awards on the Island of Mainau a price for exceptional scientific work, which contributes to balance engeneering, economics and nature in the sense of the Green Mainau Charta, which was agreed in 1961.

The following master thesis, which was prepared at the Institute of Forest Management, was awarded the price of the VDE South Bavaria / VDI Upper and Lower Bavaria.